Probably the most fun thing about this project was using a borescope along with the chunky Craftsman jigsaw I picked up at the flea market a while back. I greatly enjoy the mixture of old and new tools.

When we first moved into our house, we found a bunch of wires sticking out of the wall in the living room. It turned out the room was wired for sound, but the speakers were gone. Why in the world anyone would go through the trouble of removing in-wall speakers and repairing the drywall, I’ll never know. At any rate, after a little time with a fox and hound, I traced out all the wires and looking closely at the drywall could see where the old speakers used to be. 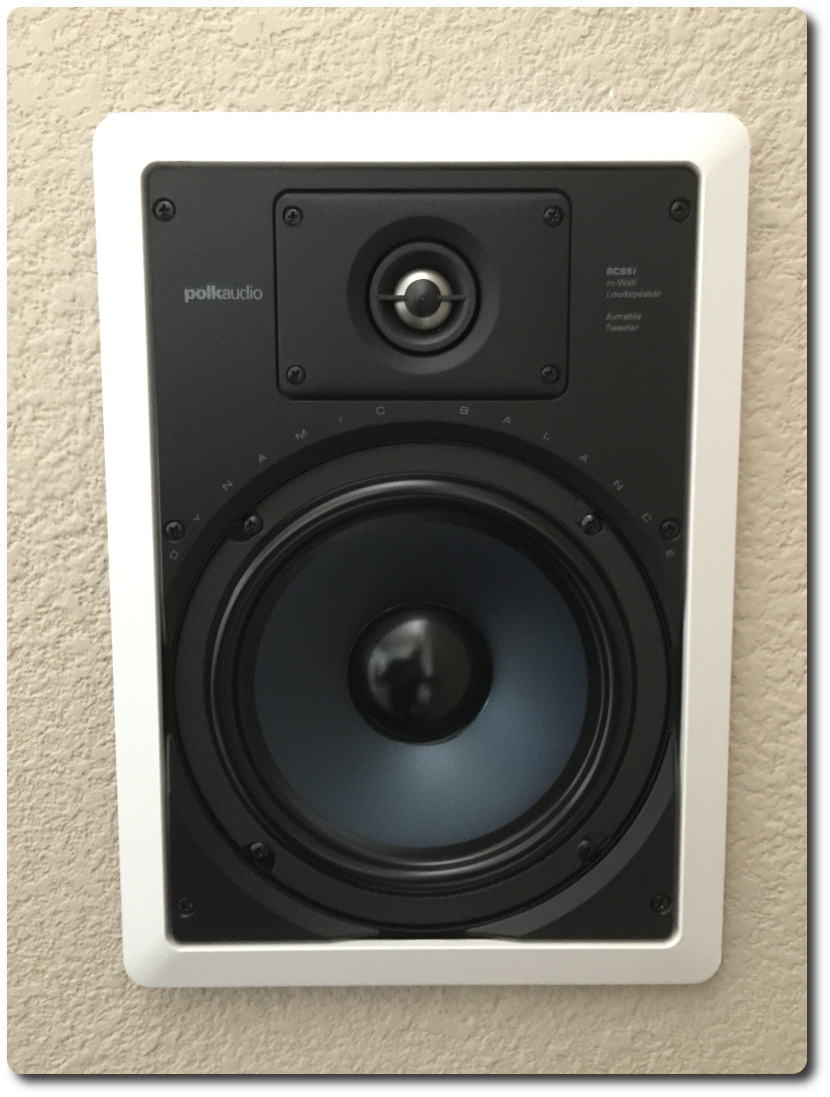 Here’s what’s going in the wall – Polk Audio RC85i. I’ve become a fan of Polk in the last couple years and have yet to be let down by any of their products. 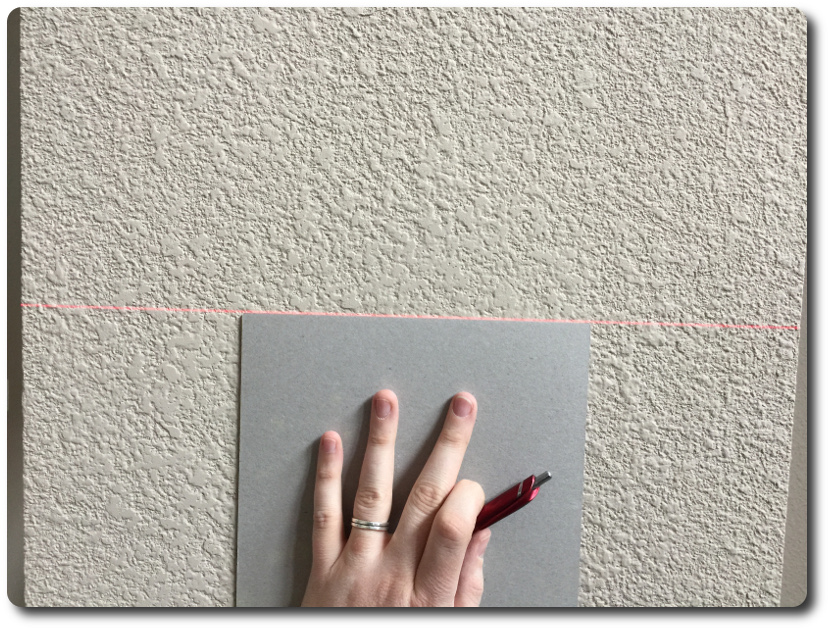 Slaking my OCD with a laser level for height and a machinist’s rulers to find center, I traced out the template. 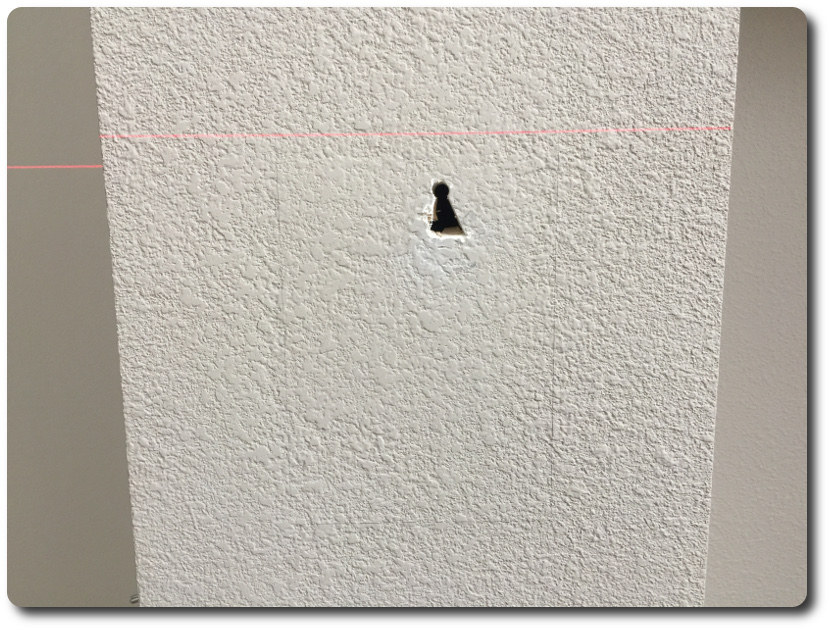 You can barely see the traced line making a big rectangle around the little keyhole I cut to have a look-see inside the wall with the borescope. As an aside, I gotta say that while being an AP for its own wireless network is a kinda janky connection mechanism, a borescope is a damn handy tool to have around. 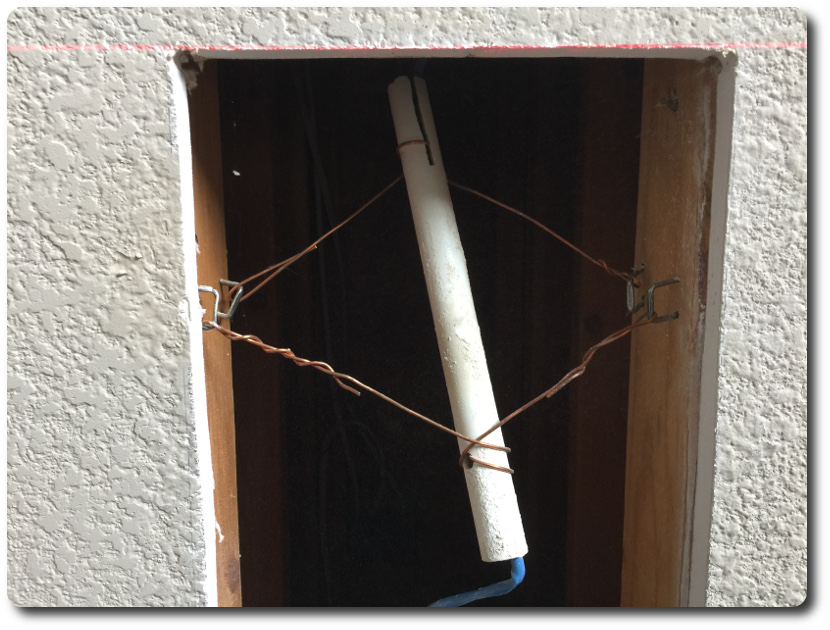 When I was looking around in the wall with the scope, I saw the wires and the PVC pipe, but wasn’t sure what it was all about. After seeing it with my own eyes, I still really don’t get it. I see the value in keeping the speaker wire (in the blue jacket pretending to be cat5) close to the wall to make tracing easier, but why the PVC pipe and why the 4-point wire cradle? I have no idea.

Also notice how tight the fit is between the studs. We’re flush with the stud on one side and only have about 3/8 of an inch on the other side. That’s not a lot of space to work with, especially considering the speakers expect to attach to the drywall via clams that stick out the sides. We’re going to have to make some modifications to the mounting system at some point. 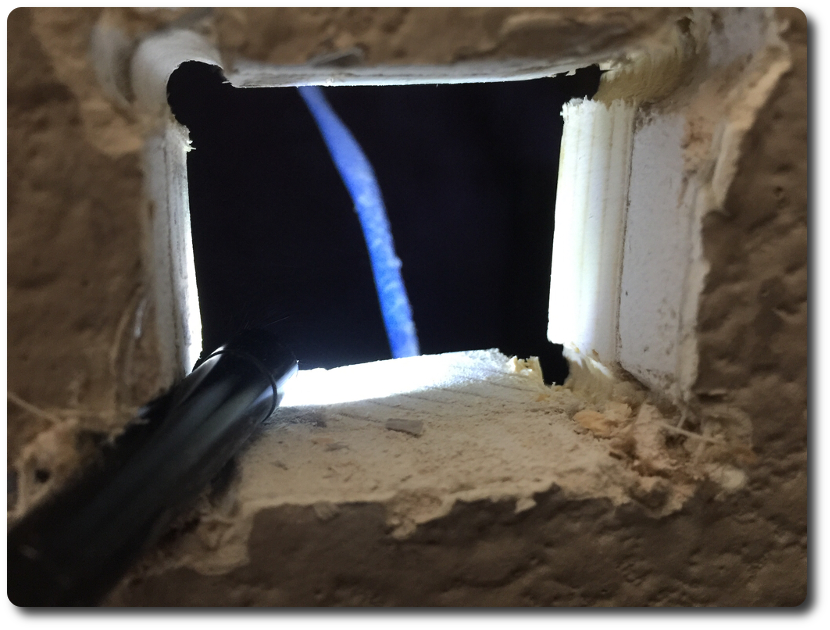 For the second pilot/inspection hole, I got a little smarter. Also, this time it appears the speaker wire is just hanging out without any PVC pipe. 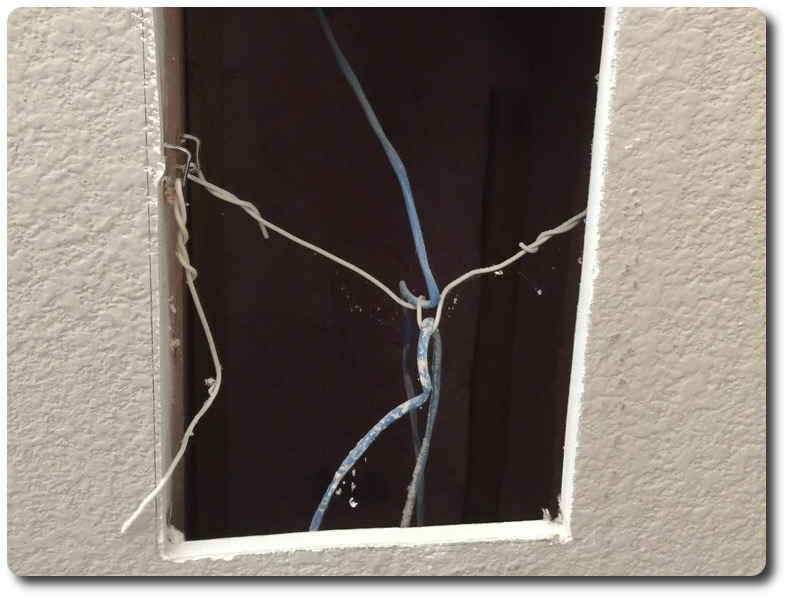 Instead of PVC pipe art, this side has more of a Flux Capacitor vibe. I’m still not sure I get it, but I like it. If I ever decide to wall over where speakers used to be and want to leave the wire easy to find with a tracer, I’m just going to coil up the wire and hang it on a nail in one of the studs. Maybe I’m the crazy one. Who knows? 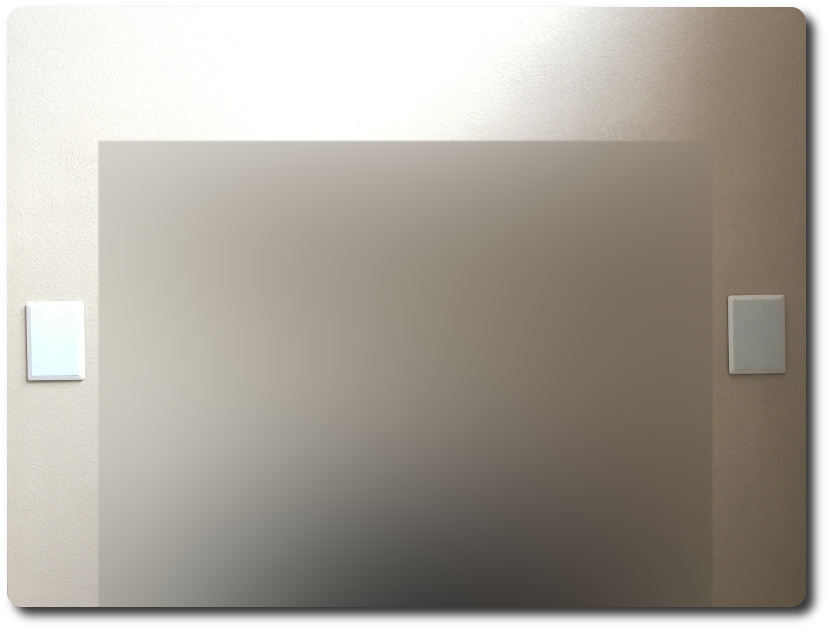 Finally, here’s how they look on the wall – my OCD is calm.