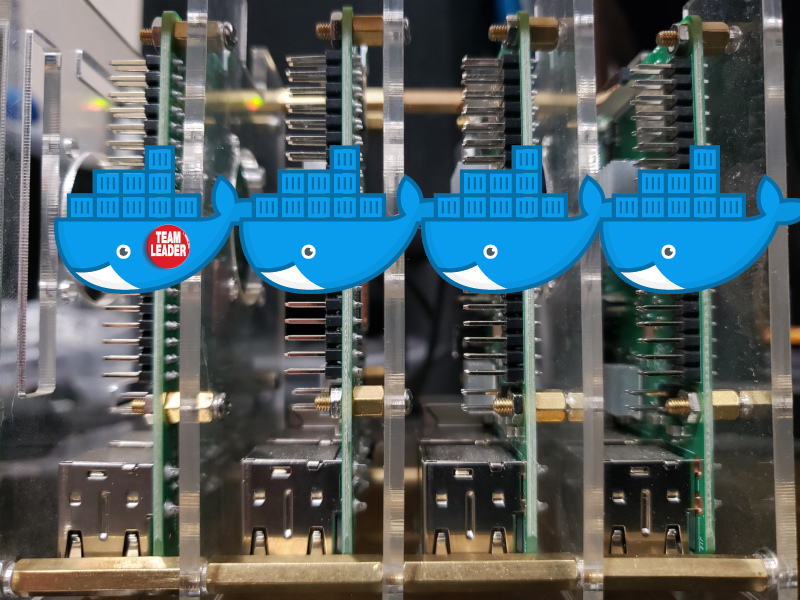 SSH into each Pi and type…

Via the official docs, the appropriate way to install Docker on a Raspberry Pi is to use the convenience script. Throwing caution to the wind, you can just SSH into each Pi and run curl -sSl https://get.docker.com | sh. The Pi will download the script and install everything, escalating privileges via sudo where appropriate. On your basic Raspbian image, this will go off without a hitch as the pi user has sudo rights w/o having to provide a password.

To setup a swarm, you have to SSH into your lead node, initialize a swarm, copy the worker token, then SSH into each of the workers and use that token to join the swarm.

Of course, we don’t want to SSH into each Pi – we want a script to handle the overhead for us.

This script does several things for us:

This script is a bit more error prone than the others as it uses fire-and-forget to achieve parallelism, but it does generally work. I’ve found that if anything fails, just firing it again for the failed nodes passing -j with the newly minted leader tends to bring those nodes inline. I’ll likely address this in a future post discussing Docker deployment via Ansible or Salt or Puppet or Chef or Lions or Tigers or Bears, oh my!